2022 is a very special year for the Badalona Guitar Association because it is our 10th Anniversary and we are celebrating it by commemorating another three anniversaries coinciding this year: those of three historical luthiers, true references in the world of guitar making: Romanillos, Fleta and Enrique García. 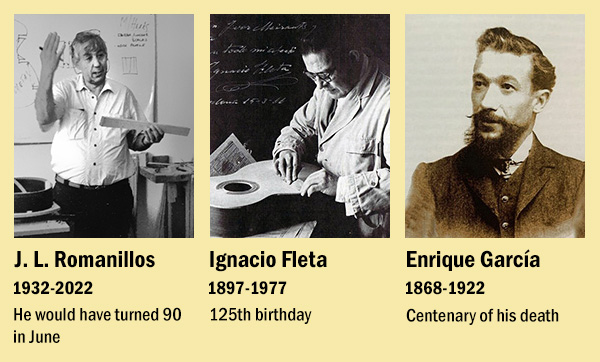 For each of these illustrious guitar makers we have prepared a tribute act in Badalona that includes a conference - discussion about their figure and a concert performed with one of their guitars.

Below you can see the announcement of the last of these concerts, which will be held in a few days, and you will also find the complete chronicle of the other ones, which have already been held:

TRIBUTE TO LUTHIER ENRIQUE GARCÍA ON THE CENTENARY OF HIS DEATH

The Icelandic guitarist Arnaldur Arnarson offered a beautiful classical guitar recital in Badalona with a historic guitar built in 1914 by the luthier Enrique García. 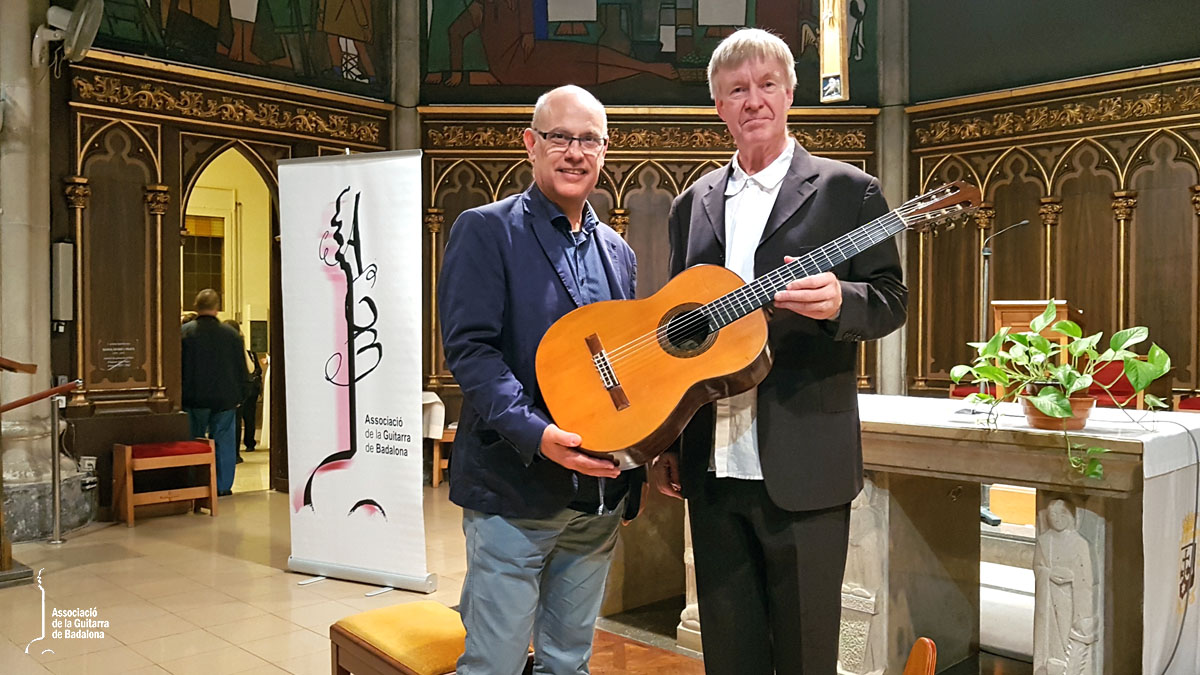 Antonio Manjón, president of the Badalona Guitar Association, with Analdur Arnarson and the García guitar nº 154, built by Enrique García in 1914.

Concert held on Saturday, November 12, 2022 at the Church of the Carmelite Fathers in Badalona. 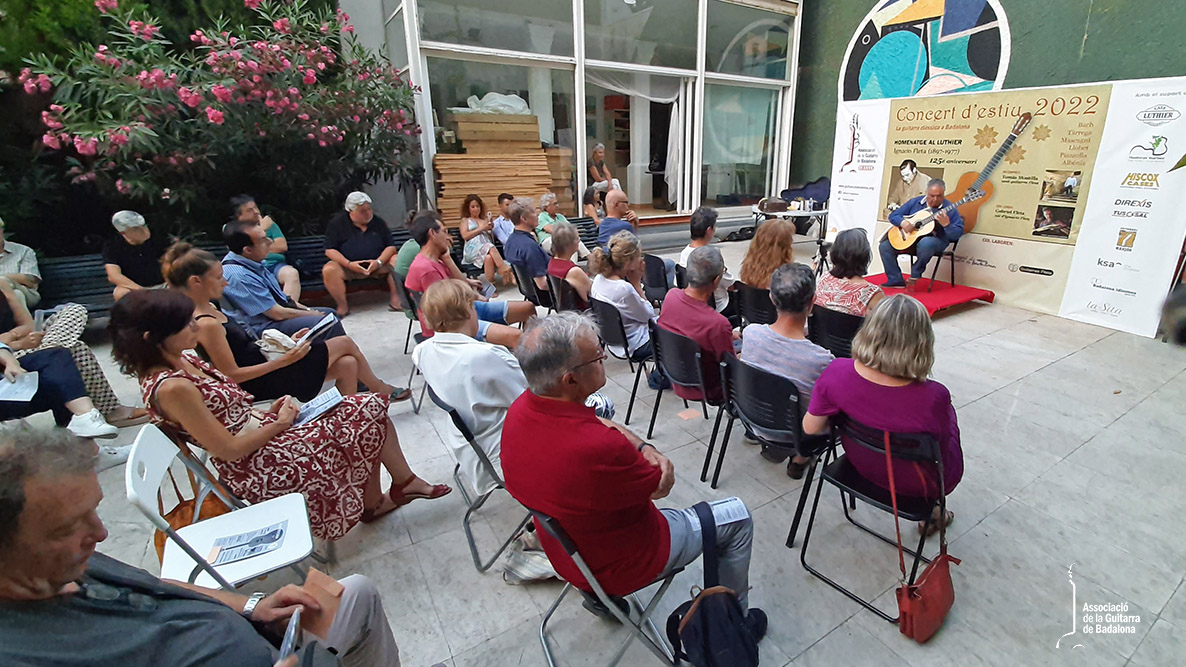 CHRONICLE, VIDEO AND PHOTOS OF THE CONCERT ... 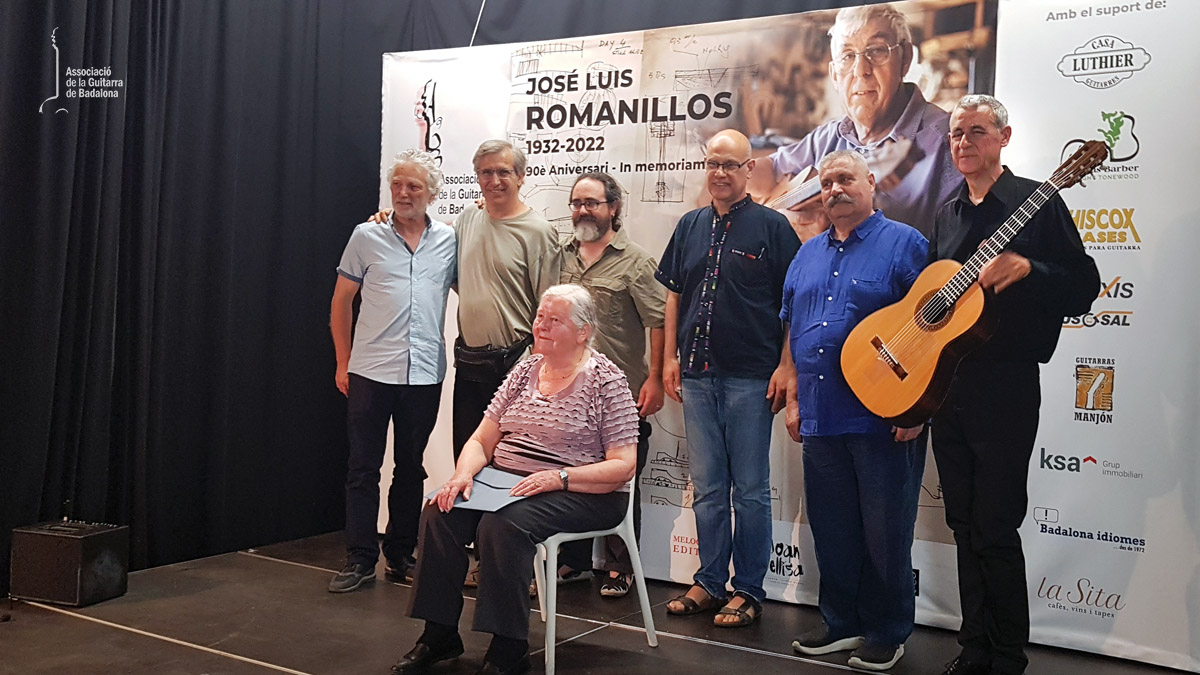 The event was held on Saturday, June 11, 2022, at the Escorxador Cultural Center, in Badalona

The death of the distinguished luthier José Luis Romanillos, in February 2022, reached us when our Association was preparing a concert to celebrate its 90th birthday in June. Despite the sad news, we decided to hold the concert and, moreover, turn it into an act of posthumous tribute to him.

CHRONICLE, VIDEO AND IMAGES OF THE EVENT ...