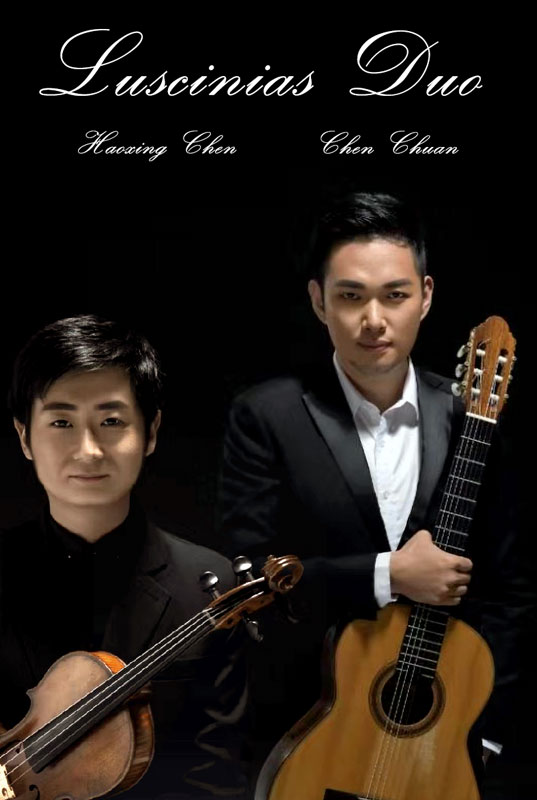 Born in 1985 in Changchun (prov. Jilin, China), Chen Chuan has been a guitar teacher at the Beijing Central Conservatory of Music (CCOM).

He started playing guitar at the age of 8 with his father Chen Xuhong, a renowned guitar teacher.

In 1995 he studied with the famous international guitarist Chen Zhi, and later with Professor Chen.

He has performed as a soloist with the Wiener Kammer Orchester in Vienna and as a member of duos and quartets in China, Austria, Germany and the United States of América.

He began studying violin at the age of five. He earned his bachelor's degree at Shifan University in Beijing with violin teachers Su Dayu, Zhou Min and Liu Xiaolong.

He was director of the JFJMC music festival in 2013 and participated in the Chamber Music Festival of the Central Conservatory of Music (CCOM) in Beijing.

He has performed in 25 cities in China and has been awarded with his ensemble "Soul Band" at the International Chamber Music Contest in Osaka, Japan.

He is currently First Violin of the Beijing Philharmonic Orchestra. and violinist of the "China Broadcasting Film Symphony Orchestra".

This concert in Badalona is the first performance of this young violinist in Europe.