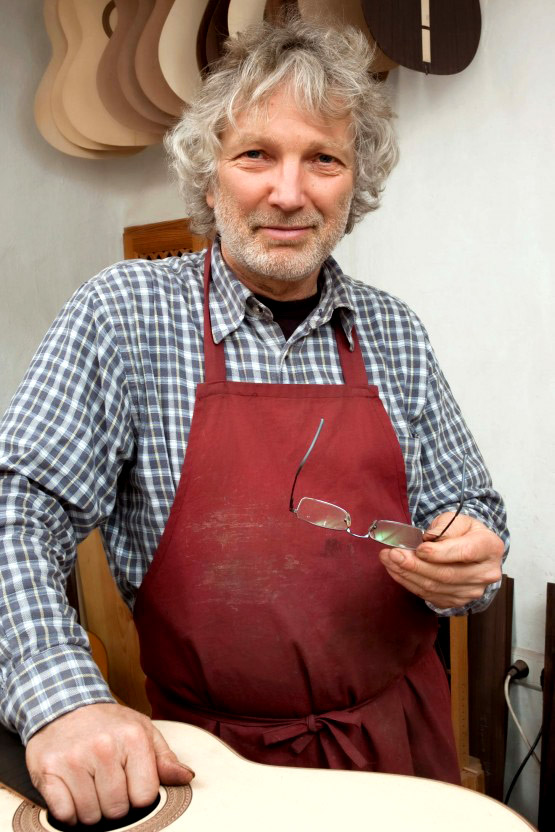 The luthier master Andrés Daniel Marvi is undoubtedly one of the great artisans who build guitars today. He is the guest luthier of GUITARRA BADALONA 2020. He will exhibit in a room attached to the contest some of the extraordinary concert guitars that he builds in his workshop, to be tested by the contestants.

Andrés Daniel Marvi was born in 1956 in Germany. He began building a Spanish guitar in a self-taught way in 1978, and took the "Zupfinstrumentsenmacher" (guitar maker) exam in the Erlangen Chamber of Commerce (Germany) in 1985.

He has participated in two courses taught by José Luis Romanillos, (1984 and 1992)

In 1987 he moved to Spain where he maintains his workshop until today, in Ferreirola, a town in the Alpujarra of Granada.

Starting from his training as a guitar maker in Germany and from his deep knowledge of the Granada guitar school, this guitar maker has managed to create his own constructive style with spectacular results, finding the symbiosis of two temperaments and so different ways of building.

His guitars, both classical and flamenco, are played by prestigious concert performers such as Gerardo Nuñez, Goran Krivokapic, Graham Anthony Devine or Aniello Desiderio.

No doubt we are facing one of the great guitar makers of today. A great opportunity to meet him and appreciate his instruments.