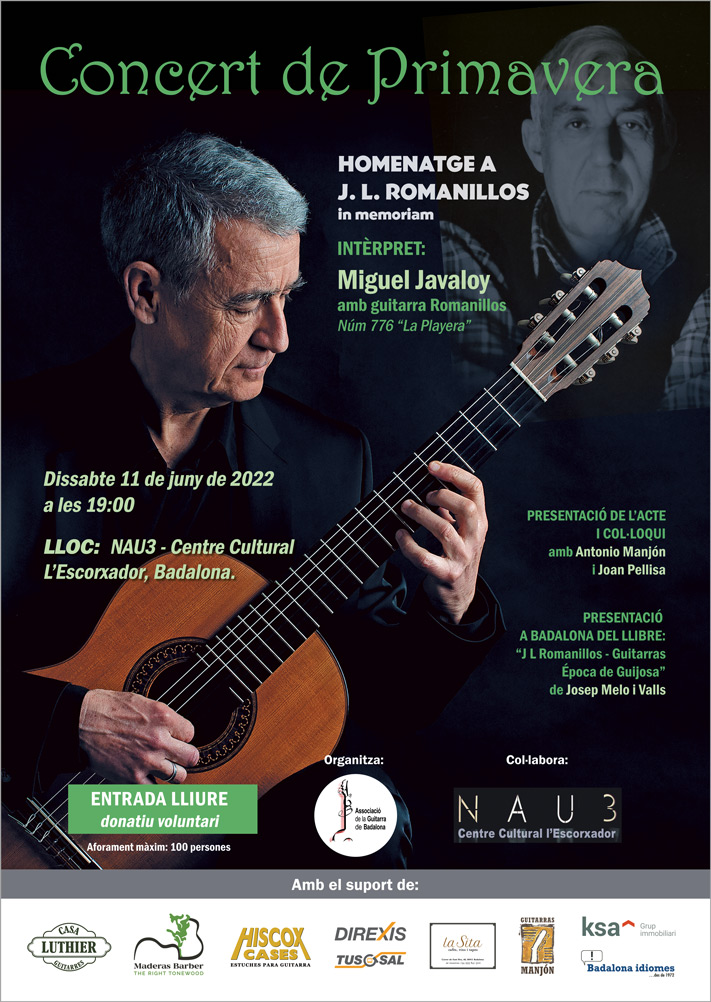 Introduction to the work of J.L. Romanillos, by Antonio Manjón and Joan Pellisa. Both are guitar makers and they were students of J. L. Romanillos.

Presentation in Badalona of the book:

With the author, Josep Melo Valls.

GUITAR RECITAL with a Romanillos guitar. 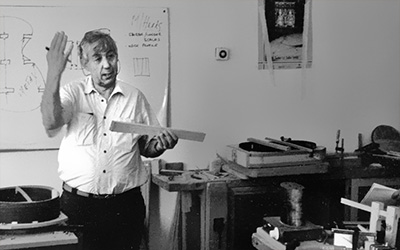 Recently deceased (February 12, 2022) José Luis Romanillos has been one of the most outstanding luthiers - or guitar maker, or "violero", as he preferred to be called - of the last decades.

He is not only a reference due to his work as a guitar maker, but also for his research projects and his teaching activity and training of the new guitar makers. 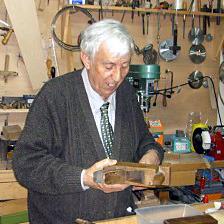 José Luis Romanillos Vega was born in Madrid in 1932. At the age of thirteen he started working in a Madrid carpentry, where he acquired professional skills. In 1956 he moved to England to work. Five years later he built his first Spanish guitar in London.

In 1970 he sat up a workshop as a guitar maker in the village of Semley, Wiltshire. In 1995 he returned to Spain and since then he lived in Guijosa, a district of Sigüenza, in the province of Guadalajara.

Romanillos guitars have received recognition from great international guitarists (Julian Bream, Antigoni Goni, Carles Trepat, Miguel Javaloy...) both for the quality of their sound and for the aesthetics of their construction.

In addition to his facet as a builder, we must highlight his ability as a promoter and trainer.

He has given courses on the construction of the Spanish guitar in numerous countries, as well as conferences and seminars on the organology of the instrument. 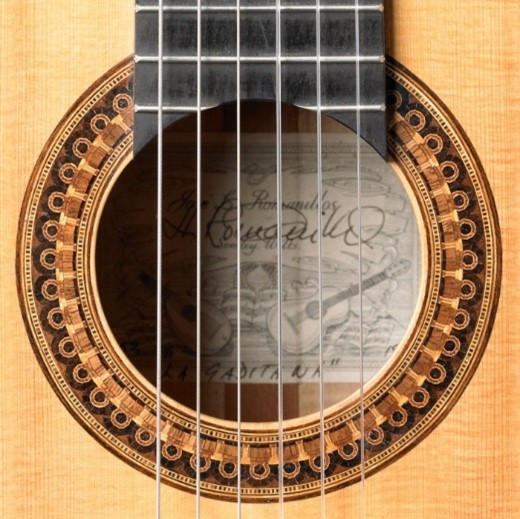 Equally remarkable is his work as a researcher, in collaboration with his wife Marian Harris, with whom he has carried out numerous studies and published three books of absolute reference in the world of the guitar:

“Antonio de Torres, guitar maker, his life and work” is a book that has helped to understand and recover the figure of this great guitar maker, today considered the father of the modern Spanish guitar.

“The Vihuela de Mano and the Spanish Guitar” Dictionary of Spanish vihuela and guitar makers, published in English.

“Making a Spanish guitar” Spanish guitar construction guide where he explains in detail his process of building a concert guitar.