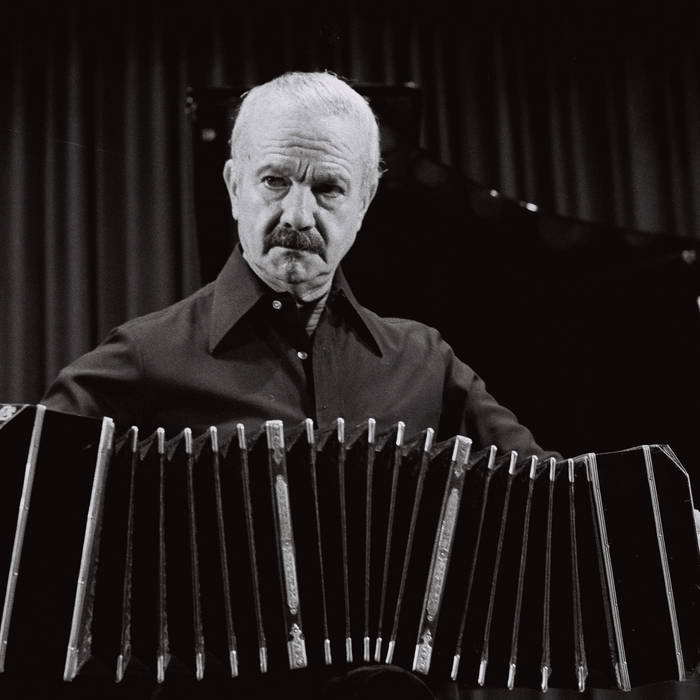 Ástor Pantaleón Piazzolla (Mar Del Plata, 1921 - Buenos Aires, 1992) was an Argentine bandoneon player and composer, considered one of the greatest musicians of the 20th century and one of the most important tango composers ever.

His work revolutionized traditional tango, incorporating elements of jazz and classical music. As a virtuous bandoneon player, he used to perform his own compositions joining a great variety of ensembles.

He composed several pieces specifically for guitar, and there are also numerous composers and interpreters who have adapted many of his works to our favorite instrument, being today a recurring author in guitar concert programs around the world.

At our Autumn Concert 2019, in Badalona, the Argentine guitar quartet "IN CRESCENDO" also performed one of the most representative works of Ástor Piazzolla - he once said that it was possibly his most accomplished work: "Adiós Nonino". You can watch the video below.

While on a tour in Central America in 1959, Ástor Piazzolla received the news of the sudden death of his father, Vicente Piazzolla, nicknamed "Nonino". Ástor Piazzolla wanted to say goodbye to him with music and then composed this tango, exclusively instrumental, in memory of his father.

“Dad asked us to leave him alone for a few hours. We went into the kitchen. At first there was absolute silence. After a while, we heard that he was playing the bandoneon. It was a very sad melody, extremely sad. He was composing 'Adiós Nonino'. "

Founded in 2005, the IN CRESCENDO GUITAR QUARTET is considered one of the most important chamber music groups in Argentina. Its members are (from left to right): Andrés Novío, Pablo D´Negri, Juan Pablo Bujía y Ezequiel Marín.

IN CRESCENDO has obtained awards in numerous national and international competitions and has performed in festivals and auditoriums throughout the American continent as well as in Spain, France, Italy, Germany, the Czech Republic and the Netherlands, being the only guitar quartet that has offered a concert in the Main Hall of the Teatro Colón, in Buenos Aires, in the more than one hundred years of the theater history.

In this concert, IN CRESCENDO used 6, 7, 8 and 10 string guitars, specially designed for the quartet by the luthier Fernando Mazza.