Our Autumn Concert for classical guitar was held this year at our headquarters and broadcast live on the Internet. Impossible to celebrate in an auditorium with an audience due to restrictions related to COVID-19.

Initially planned in an auditorium, the concert was finally held at the headquarters of the Badalona Guitar Association, with a maximum allowed “capacity” of 6 people, including the interpreter, and was announced and broadcast live through our YouTube channel, obtaining a total of 187 connections during the event, with a maintained average of 45 simultaneous streams. 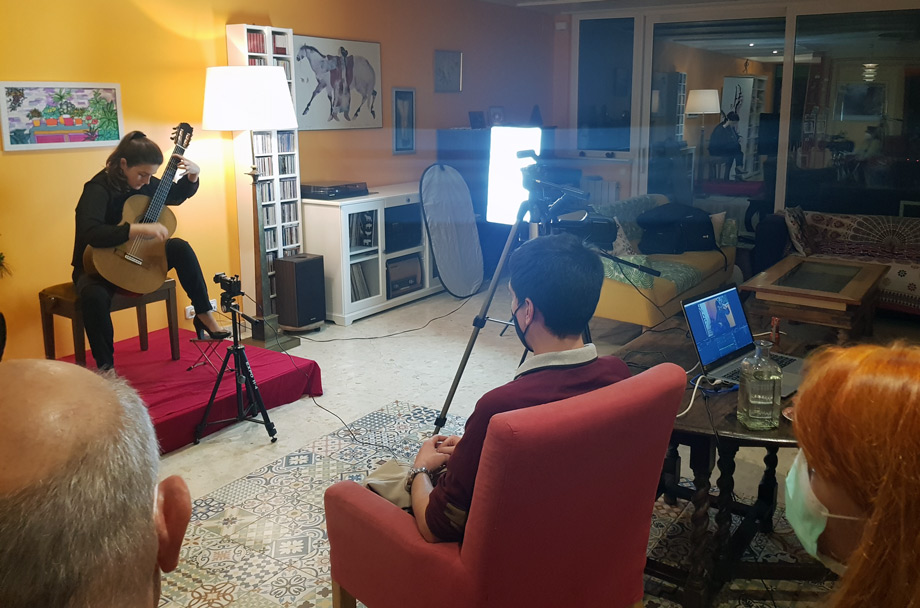 Overcoming the discomfort of such a strange situation, Ljubica Bukvić gave himself courageously and heart to his online audience and gave us an exquisite musical treatment.

Ljubica's formula was simple in its content, complex in its elaboration and masterful in its execution: it contained a bit of Tárrega, a quarter and a half of Weiss, a pinch of Llobet and Pujol, and a few granites of Turina, at the end emulsified with a few Albéniz drops.

Sucha a restorative tonic stimulated our body, a sound pill that activated our defenses and generated endorphins that made us feel much better.

This time the well-deserved applause came mostly via chat.

If you want to also submit to the Ljubica treatment, click play.

During the first wave of Covid-19 we already learned that culture - music in particular - is a good treatment to cope with the situation, so we must not forget about culture.

For the same reason, we thank more than ever to our entity's members and sponsors for their unconditional support in these difficult times.