Most people who visit us - especially if they are not from Badalona - wonder about the meaning of the statue of the ape with a guitar that our Association uses as a symbol.

The answer is somewhat complex but very curious. Here we give you the explanation.

The first thing to clarify for those who do not know our city is that the original statue of the monkey of Badalona does not have any guitar. The musical addition was a digital prank made by our Association to turn the image into our symbol. If we have confused someone with this, we apologize. The "Badalona monkey" statue, however, exists, but in reality it is as you can see here: 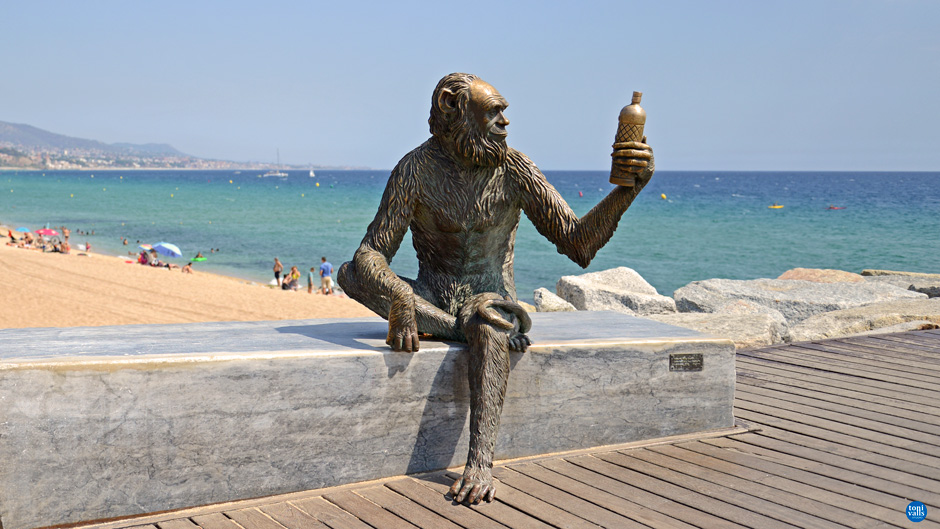 This magnificent sculpture full of strength and expressiveness is the work of the artist from Badalona Susana Ruiz Blanch and is inspired by the figure that appears on the label of the bottle of "Anís del Mono".

This anise liqueur began to be manufactured in Badalona in 1870 in the distillery that the brothers Josep and Vicenç Bosch built next to the beach. Over more than 150 years, this product, as well as its original bottle and its label, have become famous all over the world and today are indisputable symbols of the city of Badalona.

The distillery is a modernist-style industrial building that preserves the original copper stills and continues to operate, although now it is also a museum that can be visited. Not far from the building, next to the beach, in 2012 the statue of the monkey was inaugurated. It was an idea of the Pau Gargallo Art School of Badalona that was financed by the Osborne Group, current owner of the factory, which gave the work to the city. 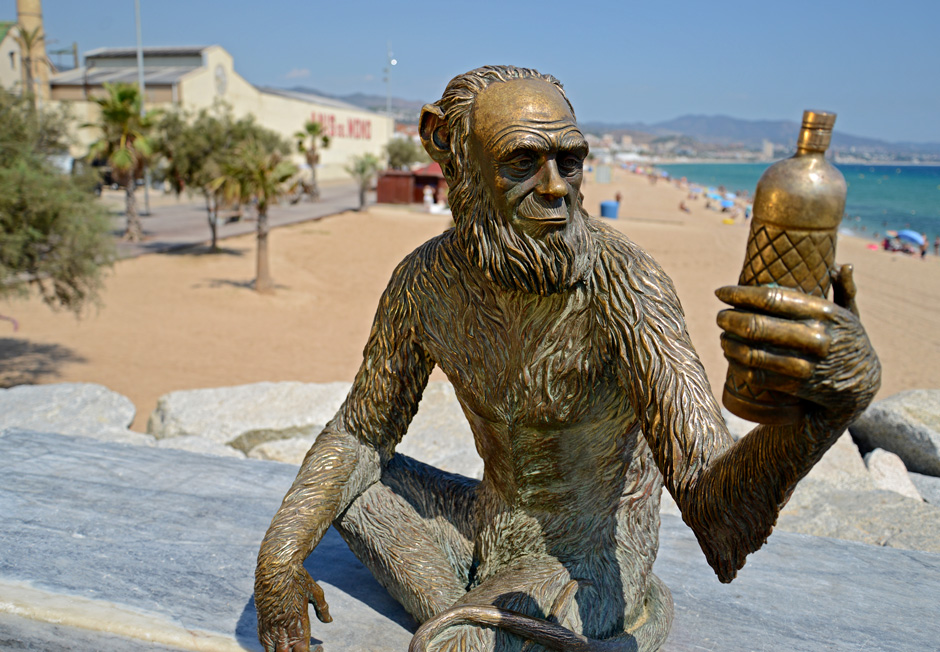 What is really disturbing about this figure is that, both on the bottle label and on the statue, the ape has a very human face. Why? Because he is human. He is Charles Darwin!

When the Bosch brothers founded the factory in 1868, the Origin of Species Theory was the world's great scientific debate and apparently it was frequent, especially by its detractors, to represent its author with the body of an ape. For some still uncertain reason - there are several versions - the Bosch brothers used this trending topic of their time to baptize and represent the anise liqueur they manufactured and which would end up being their most famous product. 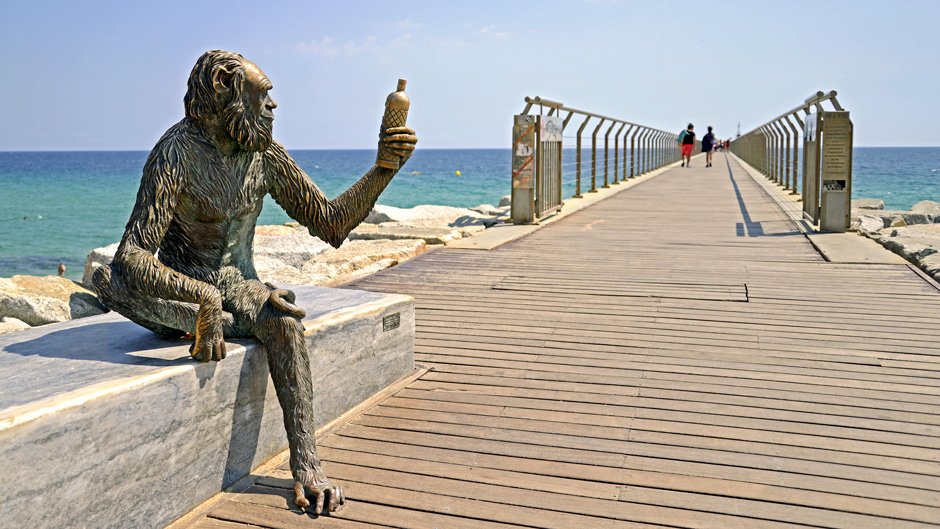 The statue is located on the Badalona Maritime Front and in a short time it has become very popular. Today it is one of the tourist attractions of the city, along with the historic - and now also famous - "Pont del Petroli", an old bridge-pier for the unloading of oil that has been restored and that starts from - or arrives to - this point, depending on how you look at it.

AND WHAT ABOUT THE GUITAR?

When our Association organized the first Badalona Guitar International Festival in 2017, we were looking for a symbol that was related to both Badalona and the guitar, to create the image of the festival. The muses appeared when one of our members noticed that the position of the arms and body of the monkey statue seemed to hold an invisible guitar.

Of course, temptation was very strong. 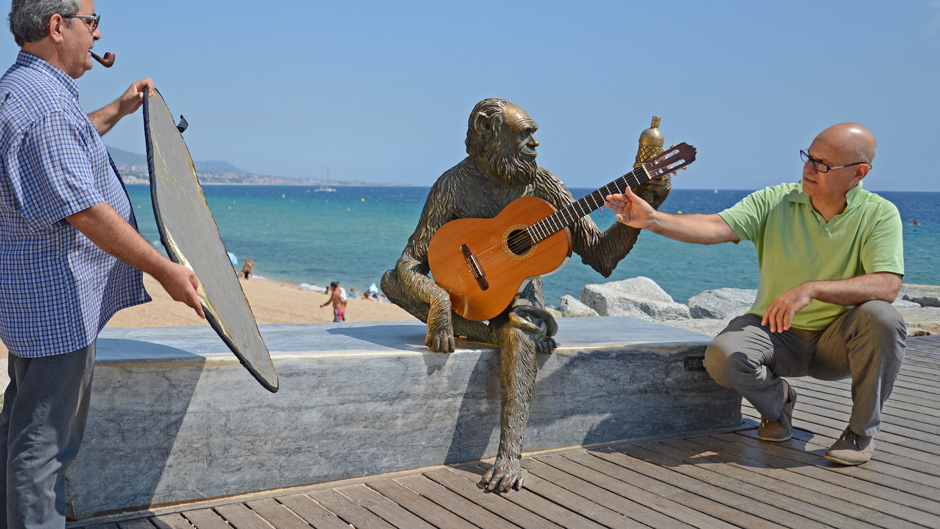 Of course, before perpetrating such a mischief, we had the detail of informing and requesting permission from Susana Ruiz Blanch, the author of the statue. Fortunately, she found our idea nice and with her complicity, with good humor and a lot of Photoshop, we managed to turn the Badalona anise monkey into a guitarist and also into our symbol, at least here on the web. Soon it will also be in our guitar competitions, because in the next contest that we will celebrate in 2022, the prize for the winners will be a bronze miniature of this monkey, created by the same author, but ... this time with a guitar!

On July 7, 2021, the day of publication of this article, we celebrate the ninth anniversary of the inauguration of this emblematic statue. Happy day and long life!